I CHING COIN
Chinese Ch'ing Dynasty
The ancient Chinese tossed yarrow stalks and later coins to help make decisions which were based on the patterns of the toss as they related to the I Ch'ing, The Book of Change. These coins, often strung on a cord, typically had four characters on the front. Two could indicate the emperor who reigned during the period the coin was minted. Other markings may include the type of currency the coin represented, or references to good luck and special events. The reverse often denoted the mint at which the coins were produced. 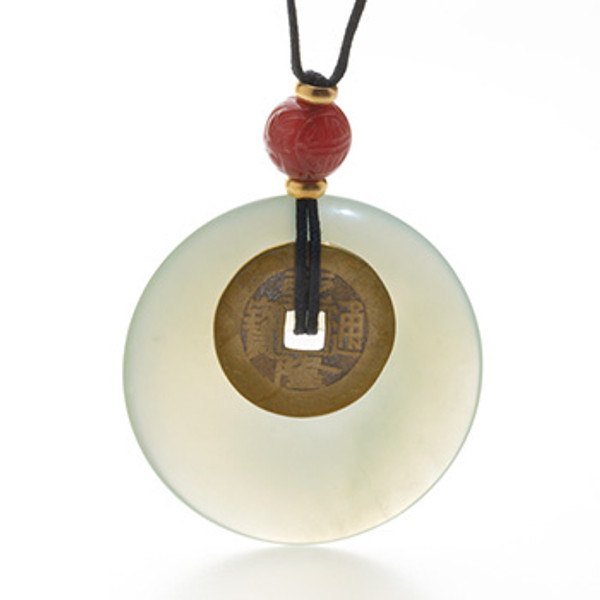 No Reviews Write a Review